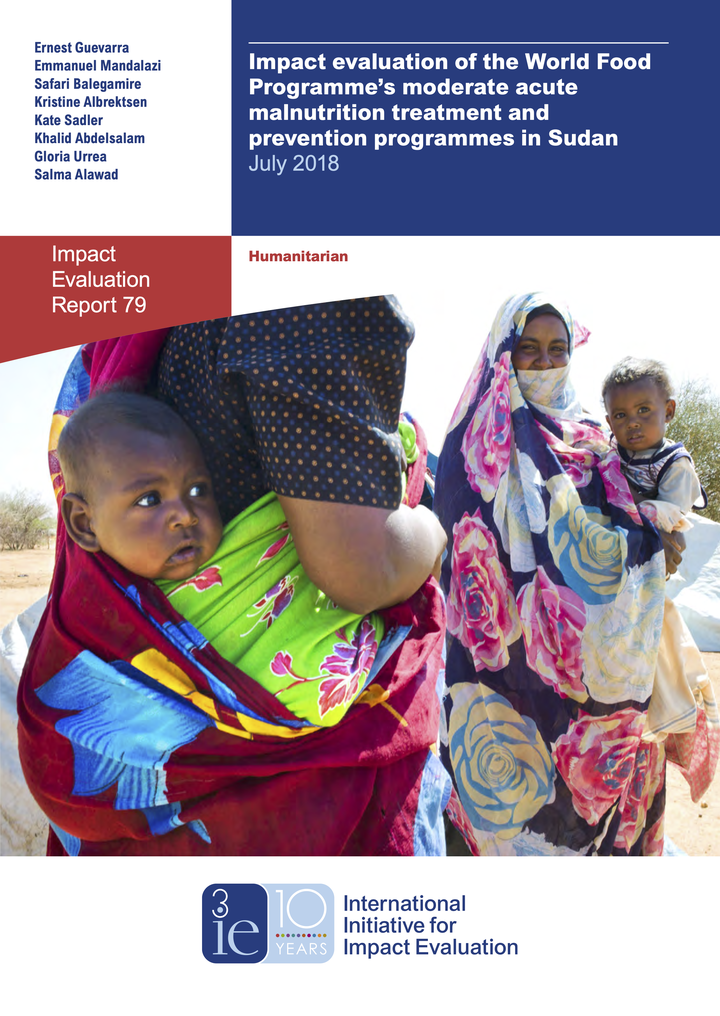 Context. Out of 213 localities assessed in the 2013 Sudan National Nutrition Survey, 151 had a prevalence of global acute malnutrition (GAM) above 10 per cent, and 72 localities had a prevalence exceeding the international emergency threshold of 15 per cent. Kassala state has some of the highest rates of poverty and undernutrition in Sudan. These levels of acute under nutrition are associated with high food insecurity due to inadequate crop harvests, inadequate infrastructure, poor distribution of qualified human resources, and cultural practices which undermine the nutritional status of children and women. ‘Recent years have seen greater political commitment to integrated nutrition programming, with a range of guidelines and protocols developed for the Sudanese National Nutrition Strategic Plan 2014-2018 to promote MAM treatment and prevention. Research questions. What is the impact on the incidence and prevalence of moderate acute malnutrition (MAM) and severe acute malnutrition (SAM) in children under the age of 5 and pregnant and lactating women of different MAM treatment and prevention interventions in Sudan? Methodology. Intervention design. Kassala state, located in the eastern part of Sudan, was chosen as the study site based on the WFP Community-based Nutrition Integrated Programme (CNIP) roll out plan. MAM treatment and prevention programmes are delivered through a combination of government, international and national NGO partners. The targeted supplementary food programme targets children aged 6-59 months with a mid-upper arm circumference (MUAC) ≥ 115mm but < 125 mm, and with no oedema, and pregnant and lactating women (PLW) with a MUAC ≥ 185 mm and < 210 mm, with the objective of preventing morbidity associated with MAM, the development of SAM and the improvement of maternal nutritional status. The blanket food-based prevention of moderate acute malnutrition (FBMAM) component distributes specialised nutritious foods in localities where the GAM rate is above 20 per cent to children aged 6-23 months, and PLW. The targeted FBMAM component distributes specialised nutritious foods to localities where GAM rates is less than 20 per cent. Theory of change. The CNIP theory of change is based upon UNICEF’s conceptual framework of the causes of undernutrition. The FBMAM aims to provide nutrient-dense food supplements to children who are considered greatly at-risk i.e., younger children (less than 24 months old) and with a MUAC between 125 mm and less than 135 mm. FBMAM is complemented by interventions such as social and behavioural change communication (SBCC) which aim to address inadequate knowledge and attitudes which can limit household access to resources. Changes brought on by these two interventions act together along a specific pathway in order to lead to decreases in child undernutrition. ‘The underlying assumptions of the MAM components of the CNIP are that targeted MAM prevention can mitigate increases in MAM mortality, morbidity and overall child development. Participatory approaches, involving community consultation, sensitisation and mobilisation throughout the programme cycle will improve coverage and the resulting impact of MAM prevention and treatment programming. Evaluation design. The study was conducted across six localities in Kassala state, and used variation in the timing of the introduction of MAM prevention components (such as food based prevention, behaviour change communication and home fortification), to localities where treatment activities were underway. This evaluation employed a stepped wedge cluster controlled trial design across all localities, allowing for intra-cluster controlled comparison, wherein each cluster is compared to itself at the start of the study and at each successive step at two month intervals. A two-arm parallel design cluster controlled study was used to assess incidences of MAM. ‘Comparisons between control and treatment groups were done using a two-sample z-test nested within a blocked weighted bootstrap resampling technique to be able to detect significant findings. A qualitative data collection and analysis was conducted between rounds three and four of the stepped wedge aimed to provide more nuanced and contextualised information related to the preliminary cross-sectional results obtained from the first three study rounds. The data was collected through key informant interviews, focused group discussions, semi-structured interviews and documented case studies. The key indicators measured in this evaluation were: 1) the prevalence of MAM, SAM, and GAM and ‘at risk of malnutrition’ in children and pregnant and lactating women; 2) the incidence of moderate, severe and global acute malnutrition in children; and 3) coverage and performance of the treatment and prevention programmes. Findings. The evaluation found that the addition of MAM prevention components to MAM treatment programmes had no effect on MAM or SAM incidence or prevalence, however a significant reduction (as much as 12 per cent), in the number of children ‘at risk of malnutrition’ was observed. A similar significant reduction (of up to 15 per cent), was seen in the prevalence of PLW ‘at risk of malnutrition’. The evaluation did not find any differences in programme outcomes between male and female beneficiaries. The absence of a direct effect could be explained by a time lag between the reduction of ‘at risk’ and a decrease in prevalence, and by the very low coverage of the prevention programme. Discharged recovering SAM cases may have contributed to the incidence of moderate acute malnutrition. Access to an intervention with better coverage, service delivery, and effective community sensitisation could potentially demonstrate greater impact on the ‘at risk’ population and therefore on the incidence and prevalence of moderate, severe and global acute malnutrition. 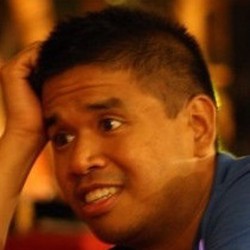 I design, develop and implement innovative surveys and assessments on health and nutrition and utilise bespoke analytical approaches that leverage the advantages of Bayesian statistics and resampling techniques